A box set bundle collecting three of his classic supernatural novels together: The Hour Before Dark, Breeder, and Afterlife. Nearly 1,000 pages of fiction between these three novels of suspense and horror – and at a price 25% off the individual books’ prices.

Never play the Dark Game…It will take you over…it will come alive… From New York Times bestselling author Douglas Clegg comes this riveting supernatural thriller of dangerous secrets within a haunted family. After one of the most vicious killings of recent years, Nemo Raglan must return to the New England island he thought he’d escaped for good . . . and the shadowy home called Hawthorn.

“Douglas Clegg has become the new star in horror fiction, and The Hour Before Dark is his best and most exciting novel to date. This is pure imagination, and it is wearing speed skates.” — Peter Straub, New York Times bestselling author of Ghost Story and, with Stephen King, The Talisman.

Once, it was called the Screaming House. Behind its doors, rumors of black magic and murder. What a perfect place to raise a family… From New York Times bestselling author Douglas Clegg, comes “a white-knuckle read from beginning to end!” (John Saul).

Rachel Adair thought Draper House in Washington, D.C, would be the right place to start over with her husband, Hugh. But as soon they move into the old townhouse, the nightmares begin: chilling visions, dark secrets… and the scraping sound of an even greater terror lurking within the shadows.

“Stoker-winner Clegg (The Hour Before Dark) has an uncanny ability to frighten readers by chronicling everyday characters’ perilous descents into their own private hells. Julie Hutchinson mentally unravels after the brutal and mysterious murder…The book’s final sentence is guaranteed to unnerve readers..”

Posted in | Comments Off on Dark Rooms: Three Novels

In this box set: 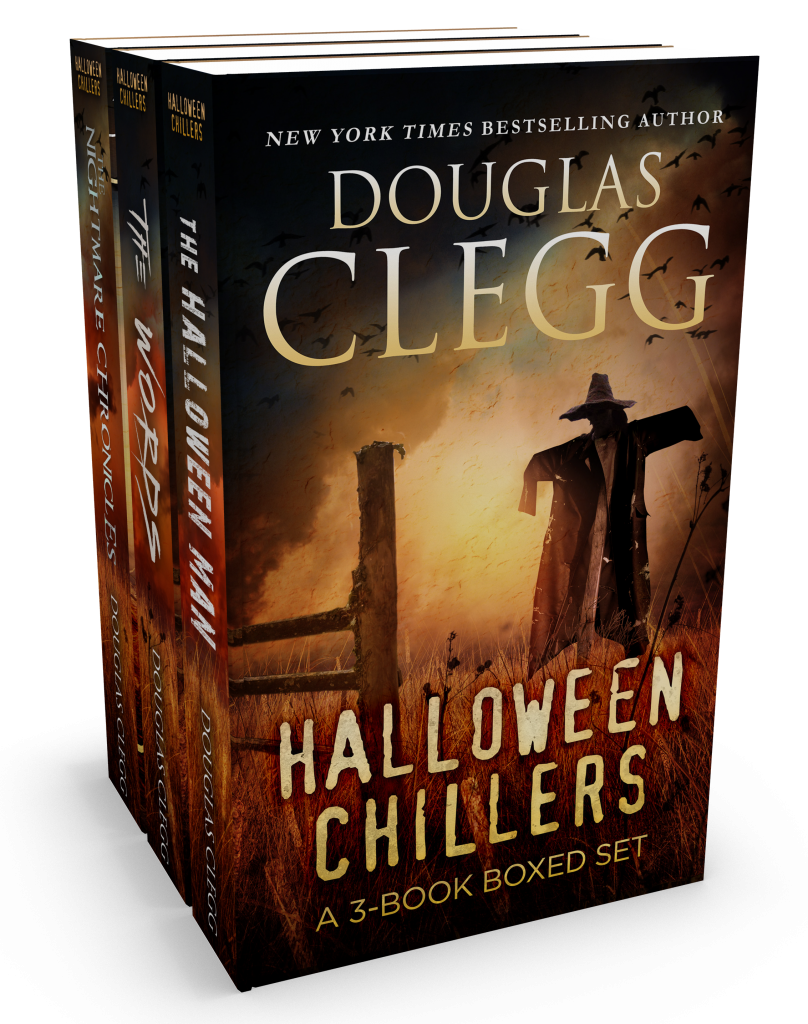 A terrifying birthright. An ancient mystery. A dark harbor of secrets. A legend of a monster.

Posted in | Comments Off on Halloween Chillers

This is a crazy huge box set of select books from Douglas Clegg dealing with haunted people, haunted places. Included are the first four novels of the Harrow series. In ebook only,

Note: This ebook is not currently available at Amazon because Amazon has a not-author beneficial royalty structure at the moment for bundled ebooks that cost more than $9.99. However, let’s hope that someday they’ll rectify this. In the meantime, you can purchase an epub-for-Kindle copy via the Payhip link, which sells direct from this website.

Posted in | Comments Off on Haunts

In this gripping supernatural thriller of horror and suspense — from Bram Stoker Award-winning author Douglas Clegg — something is terribly wrong with the children of Colony, West Virginia.

Innocent though they seem, these kids come out at night — to hunt.

A heart-pounding supernatural epic. A high desert town has turned toxic after twenty years of nightmares. Now, a woman in Los Angeles believes her visions and memories are signs of insanity; a man named Peter Chandler follows a teenager into a house of darkness; in New York City, a cab driver begins to see a demon-haunted world all around him — while he’s driving.

From Bram Stoker winner Douglas Clegg comes a novel of heart-pounding suspense and supernatural horror. What secrets lie within the ancient place known as the Goat Dance?

A GIRL WHO DROWNED CAME BACK FROM THE DEAD

Nightmarish forces lurk in the mountains of Virginia. Those long-dead return in nightmares – and a small town must face its terrifying past as a possessed child threatens to unleash an unspeakable horror.

Three novels of supernatural horror set in towns as dark as night — more than 1500 pages if in print!

Posted in | Comments Off on Night Towns: Three Novels

Face of Innocence, Mind of Monster

The box set of the Coming of Age short novels. A triple-feature bundle of suspense thrillers – Purity, The Words, and The Attraction! 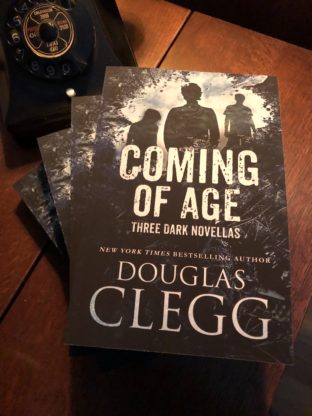 In The Words, two young men discover a secret world of monsters…When teenager Mark befriends outsider Dash, he believes his new friend to be an outcast rebel. But a dark mystery unfolds as Dash leads Mark into dangerous games and rituals that allow them to see into another world — a world of absolute darkness and terror.

The Attraction is a drive-in movie-style horror chiller of roadside terror! The signs along the desert highway read Come See the Mystery! But some mysteries should remain buried forever… “Clegg takes the idea of a cheapjack tourist hustle for a decrepit gas station in middle-of-nowhere Arizona and turns it into a terrifying quick punch of horror…” – Alternate Reality Web Zine Reviews.

Posted in | Comments Off on Coming of Age

3 Books in One + Bonus Novelette

Lights Out is a bundle of the collections The Nightmare Chronicles, Night Asylum, and Wild Things: Four Tales, plus the bonus novelette, Funerary Rites.

If you love the short fiction of Ramsey Campbell, Charles L. Grant, Stephen King, Joe Hill, or Bentley Little, you’re sure to enjoy Lights Out, a mega-collection from a master of the fiction of nightmares, a box set bundle of three collections.

1. Foreword by the Author 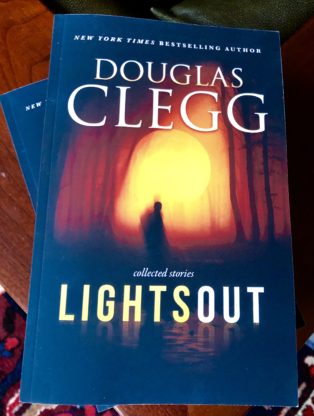 6. Belinda in the Pool

7. The Skin of the World

8. O, Rare and Most Exquisite

10. A Madness of Starlings

12. Where Flies Are Born

19. The Machinery of Night

23. The Night Before Alec Got Married

29. The Ripening Sweetness of Late Afternoon

33. I Am infinite, I Contain Multitudes

Posted in | Comments Off on Lights Out 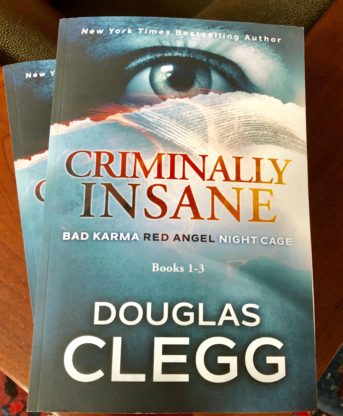 She’s the most ruthless sociopathic killer the hospital for criminal justice has ever known. She wants out — now.

A relentless killer strikes again — and the innocent victims are found with bird wings around their neck.

As fires rage in the hills above the hospital, Bloody Mary and her son “Doc” are on a murdering rampage in southern California.

Posted in | Comments Off on Criminally Insane: The Series

The Complete Trilogy in One Volume

If you love the epic vampire fiction of Anne Rice and her immortal Lestat, the fantastic alternate world of George R.R. Martin’s Game of Thrones, you’re sure to enjoy The Vampyricon.

Including the full-length novels:

Posted in | Comments Off on The Vampyricon

Posted in | Comments Off on Harrow: Three Novels