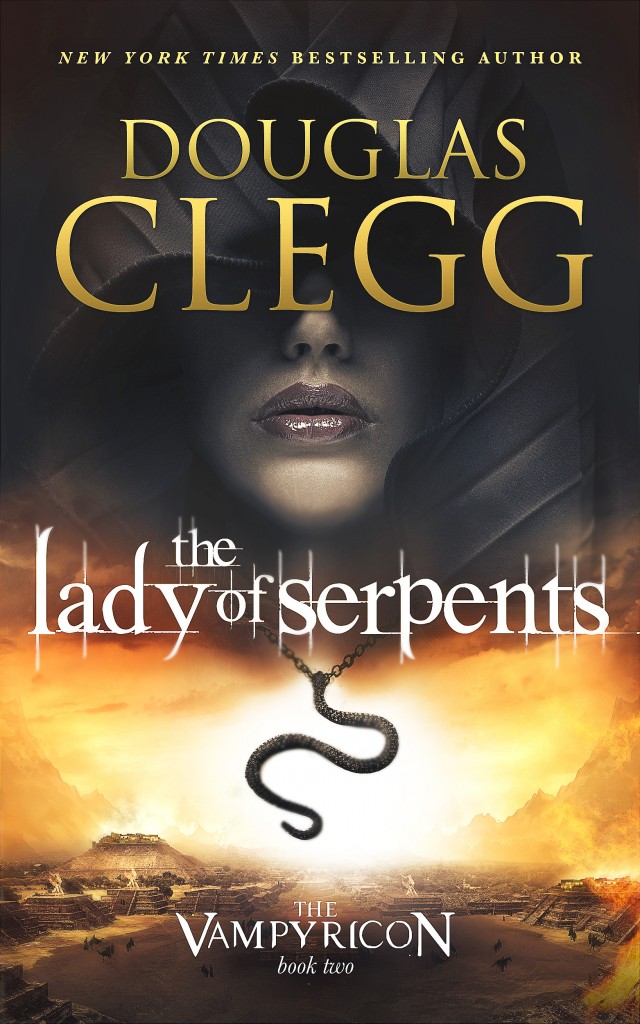 The Lady of Serpents

If you enjoy the epic vampire fiction of Anne Rice and her immortal Lestat, the fantastic alternate world of George R.R. Martin’s Game of Thrones, or just most vampire fiction that doesn’t involve sparkles…you’re sure to enjoy this dark fantasy epic of The Vampyricon Book 2, The Lady of Serpents.

From Douglas Clegg, award-winning and bestselling author, comes the second installment of the Vampyricon trilogy. Hailed as the prophesied messiah of the vampyre, Aleric seemed destined for glory-until, like many of his brethren, he was captured by the sorceress Enora. Imprisoned, he is now forced to fight in the arena for her amusement.

To end Enora’s reign of terror, Aleric must escape and find the alchemist behind her power, though that may mean unleashing Pythia, the Lady of Serpents – Aleric’s old enemy, the seductress who ended his mortal life. For she alone may hold the key to the survival not only of the vampyres, but also all of humankind.

“This second installment in Clegg’s unfolding Vampyricon epic brims with the same dazzling invention and creative mythography as its predecessor…Clegg’s rich descriptions, ingenious variations on vampire lore and intriguing speculations on a secret history underlying our own make this an exuberantly imagined dark fantasy.”