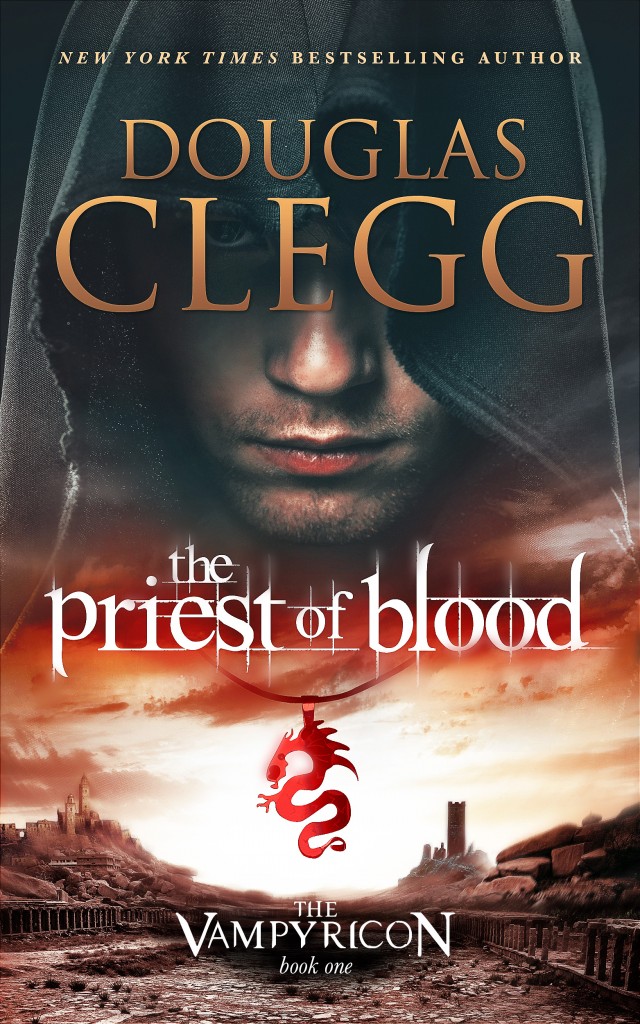 The Priest of Blood

Book One of The Vampyricon Trilogy

If you enjoy the epic vampire fiction of Anne Rice and the epic battles and mythologies of George R.R. Martin’s Game of Thrones…you’re sure to enjoy this medieval vampire epic that begins with The Priest of Blood, Clegg’s New York Times bestselling dark fantasy novel.

From New York Times bestselling and award-winning author Douglas Clegg comes a heart-pounding heroic dark fantasy epic in The Priest of Blood, Book One of The Vampyricon. In a medieval world, within a forgotten century where dark and dangerous magic lies hidden among lost cities of legend, Aleric the Falconer finds his unique and terrible destiny in the bloody embrace of the beautiful seductress, Pythia.

“The stunning first volume of a new dark fantasy epic from Stoker-winner Clegg (Nightmare House) gives the iconic vampire a massive makeover and draws fresh possibilities from its most familiar aspects…This rich and symbol-laden blend of myth and history makes intense reading while it lays a solid foundation for later books in the series.”– Publisher’s Weekly,  Starred Review

“…Clegg’s series opener features a vampiric hero whose beginnings in the Middle Ages marks him as a warrior. Action and adventure combine with traditional vampire fiction to create a book that will appeal to fans of vampires and historical fantasy.” — Library Journal