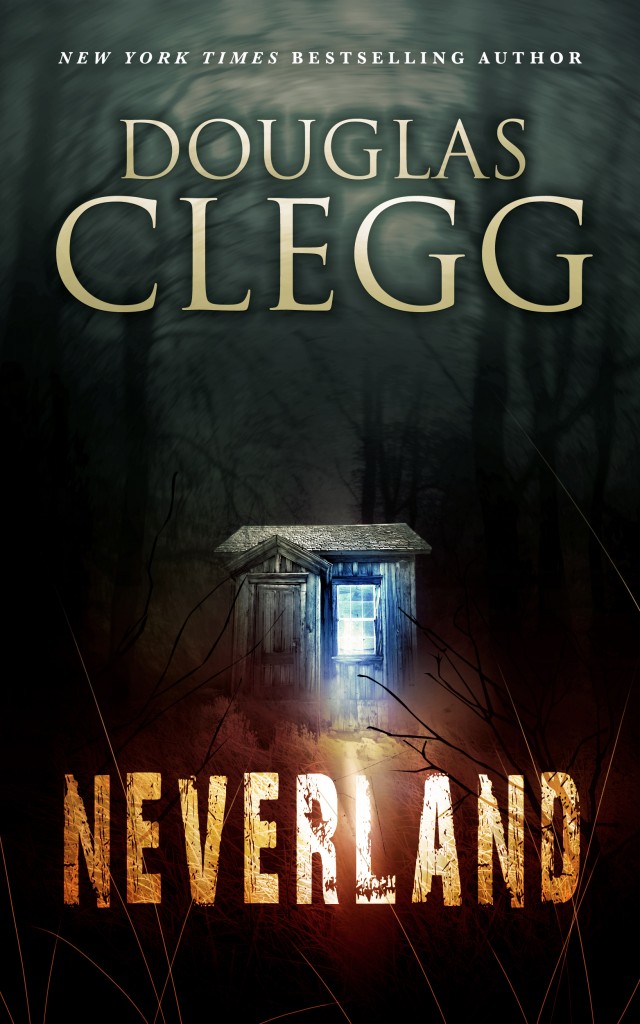 Horror is a Shack in the woods

If you love supernatural horror fiction like Thomas Tryon’s The Other, Dan Simmons’ Summer of Night, Robert R. McCammon’s Boy’s Life, or Stephen King’s It – even Guillermo del Toro’s movie, The Devil’s Backbone – you may just want to spend time in a dangerous place called Neverland. This is Clegg’s most popular novel among readers.

What lurks within the shack called Neverland?

What kinds of dangerous — and deadly — games do the children play there? Who is leading them into darkness? For years, the Jackson family vacationed at Rowena Wandigaux Lee’s old Victorian house on Gull Island, a place of superstition and legend off the southern coast of the U.S. One particular summer, young Beau follows his cousin Sumter into a shack hidden among the brambles and windswept trees near the bluffs overlooking the sea.

“Douglas Clegg’s Neverland is an unforgettable novel that combines creeping horror and psychological suspense. It starts like a bullet and never slows down.”

“Neverland is a masterpiece of dark suspense that will forever haunt your dreams.”
—Douglas Preston, New York Times bestselling author

“This is a powerful and thrilling tale, Douglas Clegg’s best novel yet. The novel builds in whispers and ends in a scream. You will never forget Neverland.”–F. Paul Wilson, New York Times bestselling author of the Repairman Jack series

“A brilliant novel that grows richer with each reading, a multilayered marvel that will one day be recognized as one of the classics of supernatural literature.”–Bentley Little, bestselling author

“I can tell you without hesitation that Neverland is a true gothic masterpiece*. I am incredibly impressed with it. This is a remarkable piece of literature.”
–Scott A. Johnson, Dread Central.com