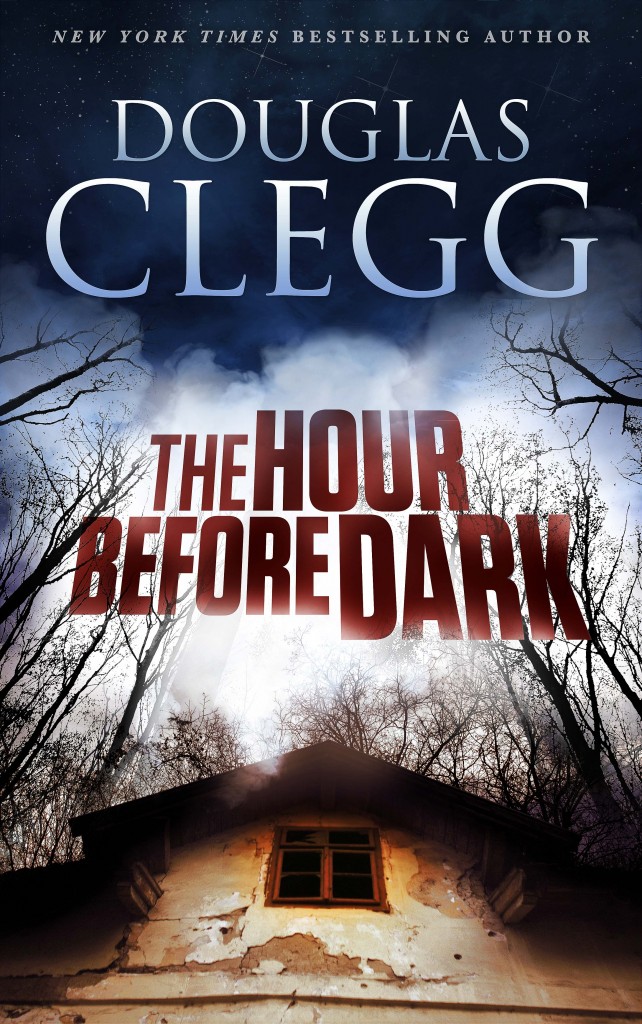 As children, they played the Dark Game

If you enjoy your supernatural horror with a mystery/suspense vibe, and the bestselling horror fiction of Stephen King, Peter Straub, Joe Hill, Richard Matheson or Dan Simmons, you may love The Hour Before Dark, considered by many fans one of Clegg’s best.

When Nemo Raglan’s father is murdered in one of the most vicious killings of recent years, Nemo must return to the New England island he thought he had escaped for good . . . and the shadowy home called Hawthorn.

Here Comes a Candle to Light You to Bed

As Nemo unravels the mysteries of his past and a terrible night of childhood, he witnesses something unimaginable…and sees the true face of evil…while Burnley Island comes to know the unspeakable horror that grows in darkness.

“Douglas Clegg has become the new star in horror fiction, and THE HOUR BEFORE DARK is his best and most exciting novel to date. This is pure imagination, and it is wearing speed skates.” –Peter Straub, NY Times bestselling author of Ghost Story and, with Stephen King, The Talisman.

What Others Say About It:

“…An eerie psychological tale of supernatural horror that builds suspense gradually as the characters slowly peel back the layers of their past and face the terrors of their shared childhood. Clegg approaches horror with a stark and vital simplicity that is utterly convincing. Fans of Stephen King and Dean Koontz will appreciate this atmospheric gem.” — Library Journal

“Suspenseful and relentlessly spooky, told in economical prose yet peopled by characters as fully realized as one’s own blood kin, this is at once the most artful and most mainstream tale yet from one of horror’s brightest lights.” — Starred Review from Publishers Weekly