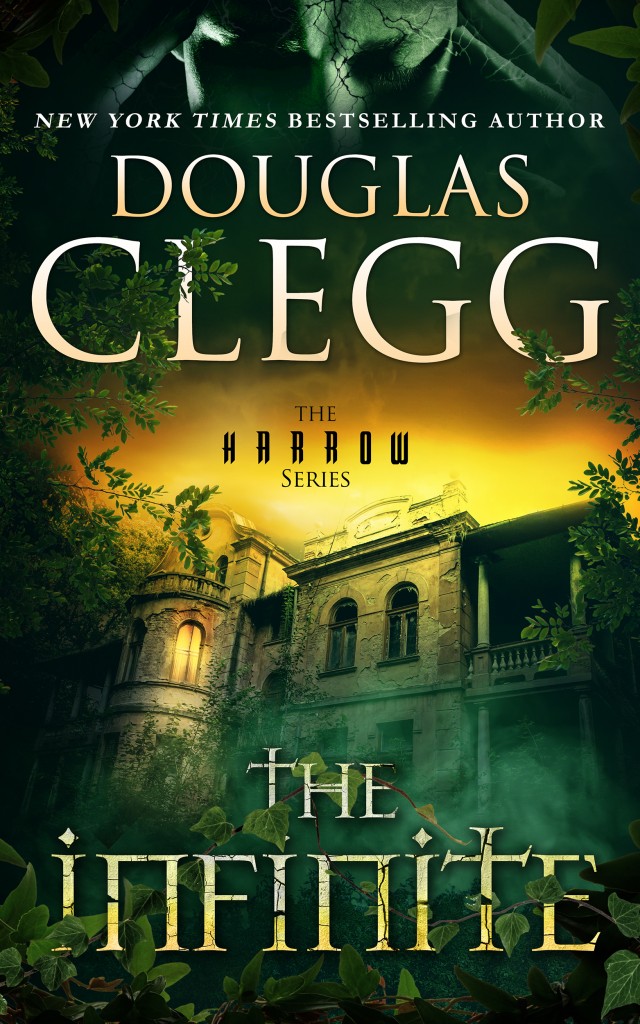 If you’re a fan of haunted house supernatural horror fiction, the works of Shirley Jackson, Richard Matheson, and Stephen King, you’re sure to enjoy the supernatural novel of psychics and haunting, The Infinite.

After the burning of Harrow, Ivy Martin wants to restore the mansion to its former glory — and terror. In this supernatural thriller from award-winning and bestselling novelist Douglas Clegg – Book #3 of the Harrow Haunting series — psychics converge on the most haunted house in the world to find the key to its infinite hauntings.

Who holds the key?

Cali Nytbird – radio host of a psychic show, is no stranger to psi abilities. Chet Dillinger – raised in squalor, discovered a unique and wondrous talent early in life. Frost Crane, bestselling author, has crossed into shadow to communicate with the dead. These three are brought together by a major paranormal institute to study Harrow — and to find out the source of its hauntings.

But will they fall victim to the house’s deadly charm?

“A cavalcade of nightmares. Memorable for its evocative, disturbing imagery and haunting emotional insights, this novel adds a new chapter to horror’s tradition of haunted house fiction.” — Publisher’s Weekly