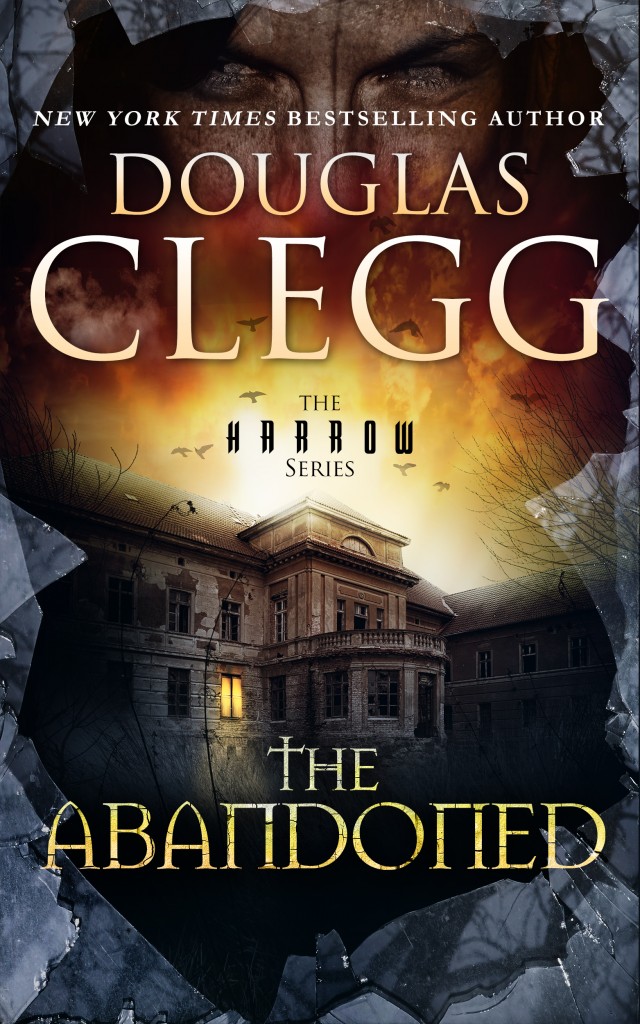 If you’re a fan of haunted house supernatural horror fiction and Douglas Clegg’s horror novels, you’ll enjoy the The Abandoned, a no-holds-barred, take-no-prisoners horror novel about Harrow, the house of infinite hauntings in the Hudson Valley.

…kids with knives, and a newly-arrived Nightwatchman at Harrow — the most haunted house in the world. In this all-out horror chiller – Book #4 in the Harrow series from award-winning and bestselling novelist Douglas Clegg.

Some Houses Are Deadly

The old abandoned mansion on the edge of town infects the dreams and nightmares of those who sleep. Children turn against parents, old friends arrive with hatchets in hand — and only a handful of people are strong enough to resist the seductive whisper of Harrow’s haunting.

What’s been trapped inside the house has begun leaking like a poison into the village itself. A teenage girl sleeps too much, but when she awakens her nightmares break loose. A little boy encounters the ultimate fear when the house calls to him. A young woman must face unspeakable terror to keep Harrow from destroying everything she loves.

And somewhere within the house, a demented child waits with teeth like knives.

Warning: Not for the faint of heart.

“Clegg is the best horror writer of the post-Stephen King generation.”- Bentley Little, bestselling author of The Haunted.