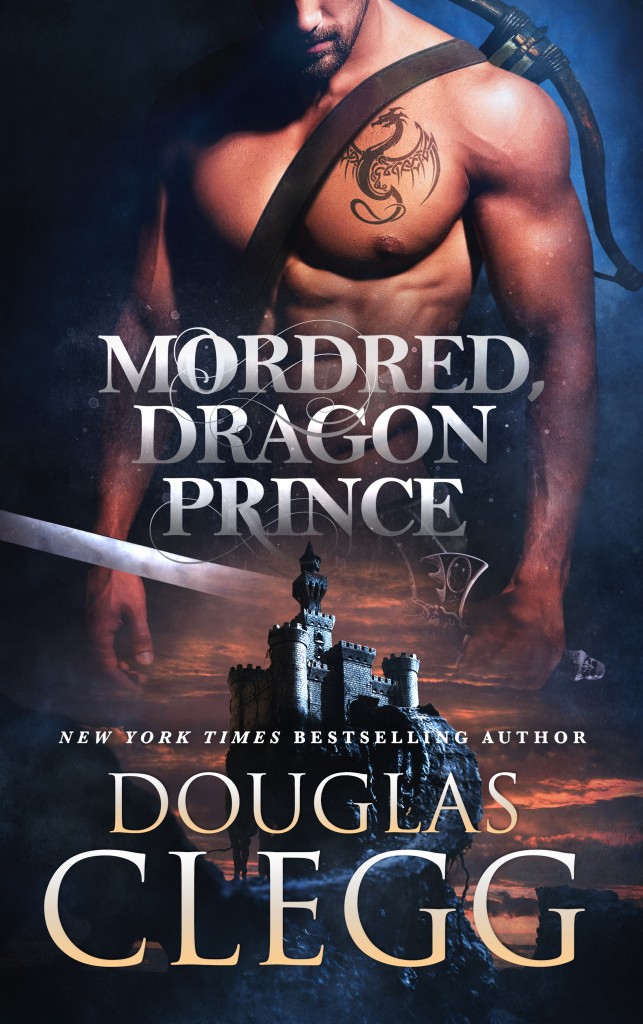 From Doug: “Mordred, Bastard Son is a book I get more fan mail about than anything else I’ve written. I know why. It’s a very unusual book for its type. I knew when I first wrote it that it would mean something to others in the same way it meant so much to me. I wrote it for you as well as for myself.

“But, I regret to say, its sequel has been further delayed. It’s not worth giving the reasons, just that it’s still on the table and still in play, but I have no publication date for you. I hope for 2020, but I have a lot of novels in the pipeline. Still I am committed to Mordred and his story and I promise not to die before he has at least one more book.  Given the weird car crash with the first book’s publisher coupled with the difficulty over many years of extracting publishing rights back to that book, this proposed series went into deep freeze. But I still have ambition, I say, ambition. Mordred will return.”

Called the “Dragon Prince” because he’s the King’s unclaimed bastard, raised among a pagan forest tribe, cast-out from his father’s world as a newborn, now he arrives to the shores of Britain.  Mordred, barely twenty, arrives to the kingdom of the Britons with the young bride of Arthur, and Lancelot as escort. But what does he face coming into this world that destroyed his own mother? Will he be recognized by his father? Will those whom he loves most be his greatest betrayers?

A dazzling fantasy epic of love, betrayal, war, battles and a world of sorcery and fantastic beasts, The Chronicles of Mordred finally continue with Mordred, Dragon Prince.

A continuation of the series begun in Mordred, Bastard Son.