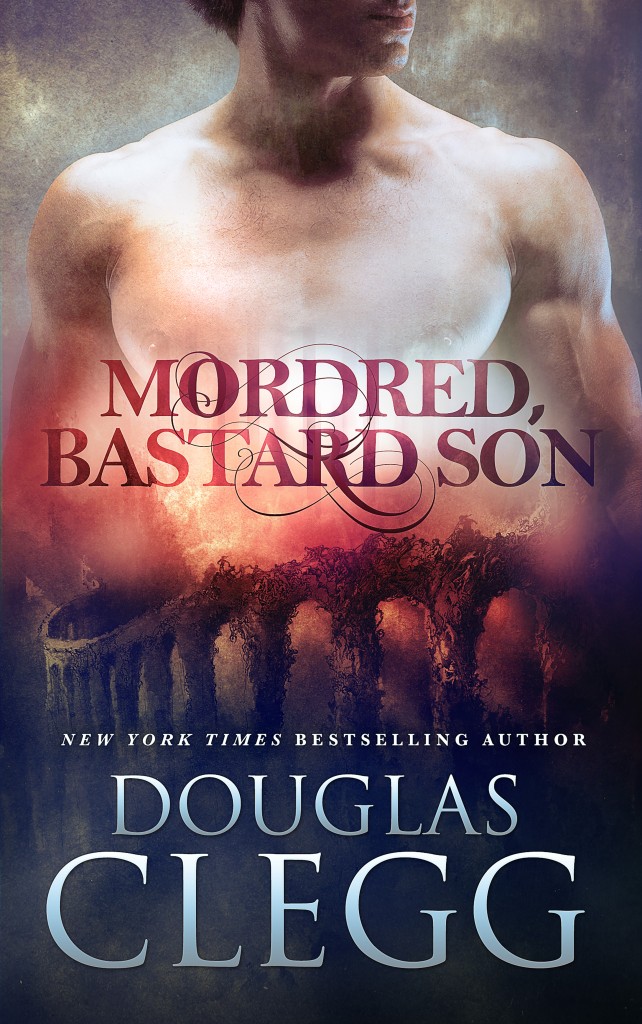 Arthurian fantasy with a twist

Born of the King of the Britons and the Witch Queen Morgan, raised in the forest of Broceliande…Fan of Arthurian legends? The Mists of Avalon? The Once and Future King? The Crystal Cave? Camelot? But there’s a history of King Arthur, Guinevere, Lancelot, Merline, Morgan and the Lady of the Lake that you’ve never heard before. Until now…

Conceived in violence. Born of royalty. Raised in Exile.

In this ambitious reimagining of Camelot, Mordred, the traditional villain of Arthurian legend, emerges as a heroic and romantic figure, torn between his powerful mother’s desire for revenge against Arthur, his own conflicted feelings toward the father who abandoned him, and his passionate coming of age into first love…with the enemy of his tribe.

First in The Chronicles of Mordred series.

“I’ve been asked if this is historical fantasy or Arthurian or M/M fiction. It’s all of it. My area of studies when in college encompassed classical literature of various countries, and within this, there was the Elizabethan and the Victorian (which included Sir Edmund Spenser as well as Tennyson) and with my lifelong reading of Arthurian classical lit (Marie de France, Thomas Malory, The Mabinogion, and others penned prior to the 20th century) plus my determination to find within myths the mirror of being gay, I reinvented Mordred both within the known legends and outside of them as well, using my own sense of  who he might be and what he might be up against.

“Mordred, Bastard Son has been the result. It is Arthurian romance with a twist, and tells another side of the famed story. Doesn’t mean I don’t love the original legends, nor that as a boy I didn’t enjoy the musical Camelot or The Boy’s King Arthur or the movie Excalibur, or that this story is within the lines of wondrous books like Mary Stewart’s The Crystal Caves, Marion Zimmer Bradley’s The Mists of Avalon, or T.H. White’s The Once and Future King. But I have a different story to tell within the legend, a viewpoint little known until now. It is outside the lines, it’s how and why Mordred came to be, along with a fantasy world of Arthurian fascination.”

*Starred Review* “Riveting…Clegg puts an inspired wrinkle in the hoary tale of Arthur and the grail by casting Arthur’s kindred enemy, Mordred, as a gay man. An injured stranger in a cloak and odd, paganish mask, is captured and held in a monastery, igniting wild speculation among the locals, who believe him a notorious traitor. And so he is. He is Mordred, the bastard son of Arthur Pendragon and his half sister, the witch-queen Morgan Le Fay, and he now awaits trial for murder and treason…How excellent.” – Booklist

“Clegg (The Priest of Blood) maintains a nice balance between the human and mythic dimensions of his characters, portraying the familiar elements of their story from refreshingly original angles.” – Publishers Weekly

“Well-crafted. Written in lyrical prose with colorful characters and historical depth. Lovers of both history and fantasy will discover…an enchanting read.” – Edge Boston

“Clegg beautifully skewers the Arthurian legends, weaving a compelling story, single-handedly reinventing Mordred’s sexuality. He is no longer the betrayer of Arthur, the knight Lancelot, and Guinevere, Queen of the Britons; he is now the seductive and passionate hero, a lover of men given the almost insurmountable task of finding the cauldron of rebirth…” – Michael Leonard, Curled Up with a Good Book Blog