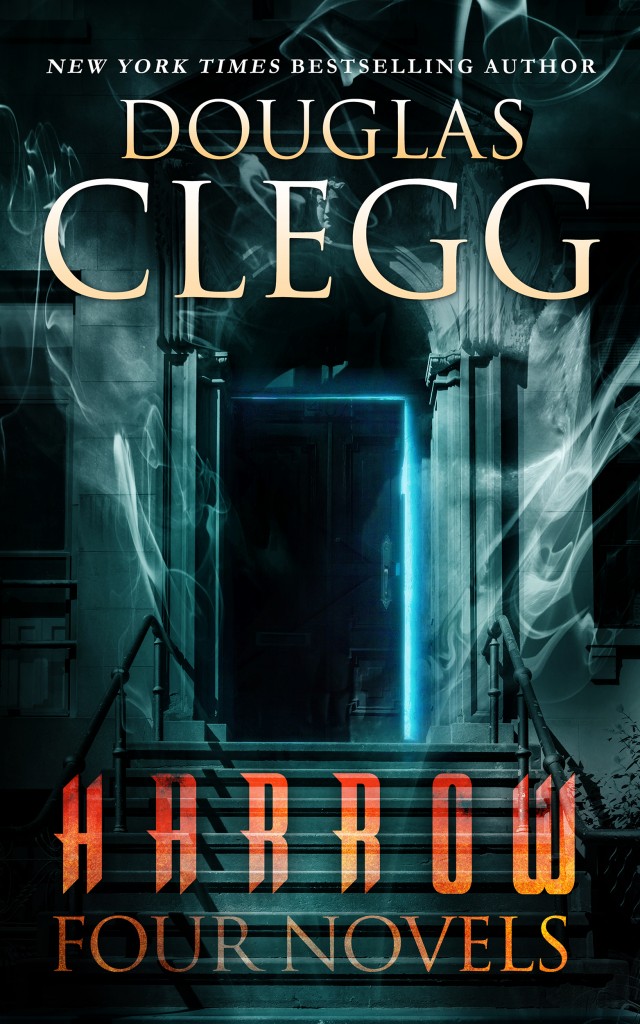 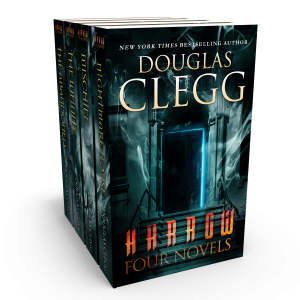 Exclusive: FOUR times the nightmares for one great price! Grab these first four books of the Harrow Series in a boxed set — and enter the most haunted house in the world.

Plus, when you click to Payhip, you’re getting it directly from DouglasClegg.com’s digital store — and find a special discount coupon.

When Ethan Gravesend claims his inheritance in Watch Point, he unlocks long-buried secrets of the notorious mansion — and awakens the hungry spirits… 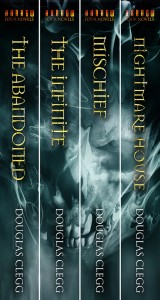 Psychics converge on Harrow — the most haunted house in the world — to find the key to its infinite hauntings.

The house at Watch Point has been left untended too long. When a new nightwatchman arrives to care for it, the toxic horrors of Harrow begin to leak into the town like a mist.